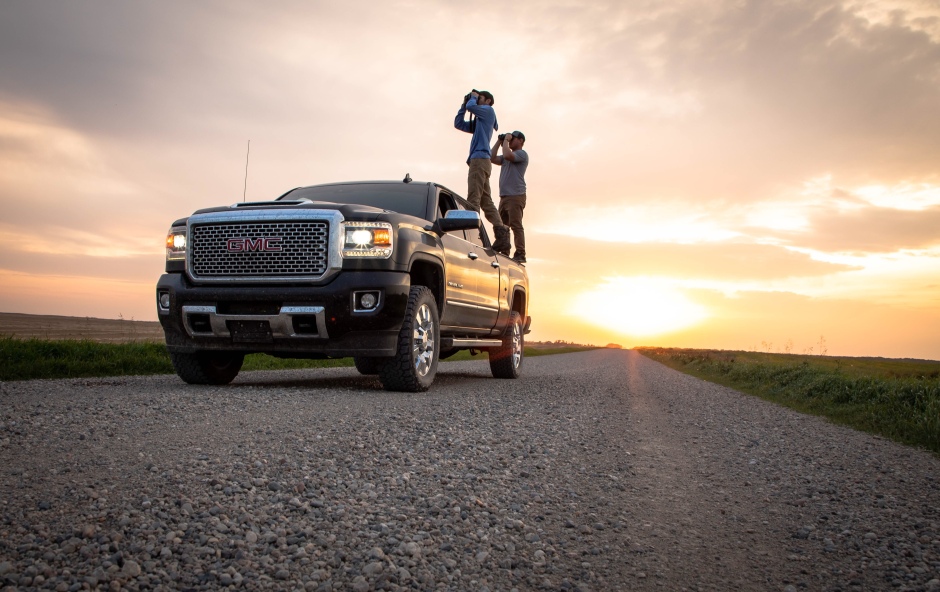 For a little less than 10 years, I have been following Chris’ boots around, listening to him blow his call and chase his waterfowl addiction or what I see as his soul’s stress relief. Waterfowl hunting has become a natural antidote for the both of us to travel, see the country and experience God’s creation and it allows us act out the soul purpose of why he made us; to hunt and harvest.

Chris and I have been on hundreds of hunts together. Hunts that include watching over 3,000 mallards tornado down at our feet in which every single bird landed and we never fired a shot, to hunts where the two of us put out 15 dozen full bodies to kill two geese. It’s hunting. The facts are you’re going to get your ass roasted sometimes and sometimes you will be the one holding the winning trophy after the battle. Everyone wants to be on the winning team but like anything in life what you put into waterfowl hunting, especially freelancing, is what you will get out of it. Allow me to elaborate.

Over the past ten years, half of those have been spent learning how to freelance out west and following the flocks from North Dakota all the way down to Arkansas and Mississippi. Meeting people along the way has been a huge part of our experiences and education. Some good, some bad but every single one, I see as a blessing or a lesson. Social media portrays a tunnel vision insight hole almost like holding a paper towel roll up to your eye like you did as a kid and pretended it was a telescope. Social media typically shows you the glamor or dreamy side of waterfowl hunting. What you didn’t see is the dedication, drive, persistency and hard work that goes into setting up a successful hunt as a true Freelance Hunter. Some people have it and most people don’t. It takes a special breed of outdoors-men to organize a trailer filled with enough gear to cover every situation presented, nonstop-continuously scout no matter if you are running on fumes, find a flock worth hunting, gain permission, and then act on the plan to fool them that was most likely drawn up the evening prior or even day of; all while finding a place to stay, making time to eat because you know you should, feeding/watering dogs, cleaning birds from prior hunts, attempting to keep guns clean, and maybe washing your clothes so you don’t run out on this month long binder. Not to mention the set back you will face if you get stuck in a wet field, blow a tire, lose your keys and you can’t call Mom to fix it. Fight or flight situations will be inevitable when you are freelancing.

It begins with the Scout. I get a lot of messages asking about how to get started or where Chris and I are hunting specifically. Word of advice, loose lips, sink ships. In other words, if you are scouting an area, find birds, put in the time to get permission and have a successful hunt the last thing you want to do is tell every Tom, Dick, and Harry. Because if you do, guess who you will find burning up the duck pond you shot your limit out of on the days you wanted to let it rest. I have sat in the passenger seat and drove 28 hours straight from Florida to North Dakota to pull into our camp drop the trailer and turn right out of the driveway and get to scouting. Freelance hunting is not for the weak minded or the lazy. If you would rather sit on the couch and rest while settling for the 20 ducks you saw trickling into a slew or field the day prior then expect your hunt the following morning to reflect as so. Don’t settle or force a hunt because you are tired. Get up, drive a little further and find a few hundred ducks or geese or maybe even a few thousand and even then don’t settle. Study them. Watch them. Put them to bed. Plan out where you will enter the field or pond to set up and live by which way the wind blows.

For Chris and I both, hunting is not just shooting a limit and taking a pile picture. Hunting is putting effort into something to reach the ultimate reward and experience the outdoors full heartily with a complete open soul. Freelancing is a choice. Sure, anyone can book a hunt and be guided by any of the great guide services all over the country or even the world and there is absolutely nothing wrong with that! Chris and I choose to do it ourselves. When you scout, find birds, gain access, and fool nature in their natural habitat in unfamiliar territory, it is high unlike any else. Adrenaline doesn’t just come from pulling the trigger, as there are times when we just watch them dance and that is enough. Being a Freelance Hunter makes you feel Alive.

I have been blessed and humbled beyond measure to share the blind along side some of the greatest outdoors-men of all time (in my opinion) and some of those include other freelance hunters we have met on the side of the road or even social media. I have also sat along side some who are just there to leach onto these great outdoors-men and women for the next Instagram story for their followers and watch as they claim to be apart or the reason of the success story and fail to give credit where credit is due. Chris and I try to surround ourselves with like-minded hunters who are not afraid to work hard and show just as much passion as we do. As Nick Saban says, mediocre people do not like high achievers and high achievers don’t like mediocre people. If you want to be successful chasing birds yourself, you must set a high standard.

Actions will always speak louder than words and while I am also guilty of being sucked into social status sometimes, I want to stress how it is much more important to be able to learn something new on every hunt, in every state or country we travel to and during every situation the birds present to us. Whether you are a first timer in the blind or a well-seasoned fowler, take in what you see and hear around you. It will make you a better hunter and human. God gave you two ears, two eyes and only one mouth for a reason. Put your phone down, fill up that truck with gas and don’t settle for an ok feed. Go out and find the feed that will make you high five your buddy and stand on top of you truck to get a better view. And remember scout, scout, scout, and most of all in the words straight out of Chris Kirby’s mouth, “Proper Preparation Prevents Piss Poor Performance.” Words every freelance waterfowl hunter should live by.

Thank you for reading, 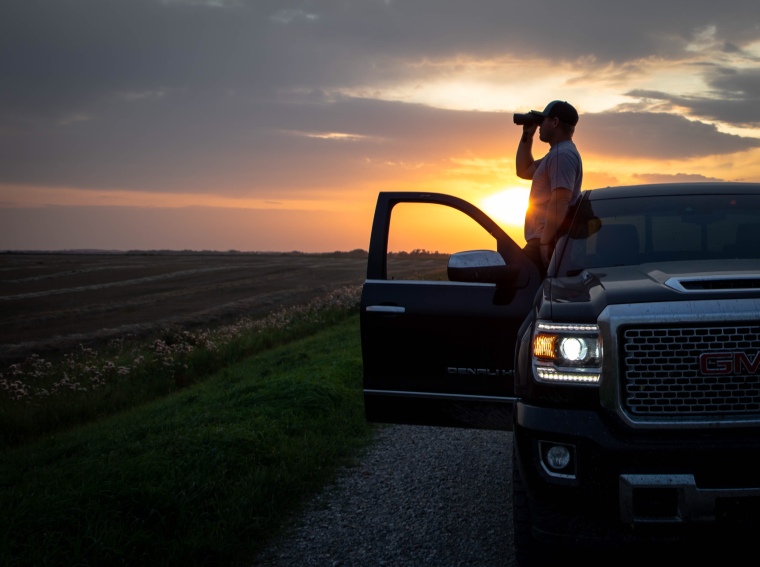 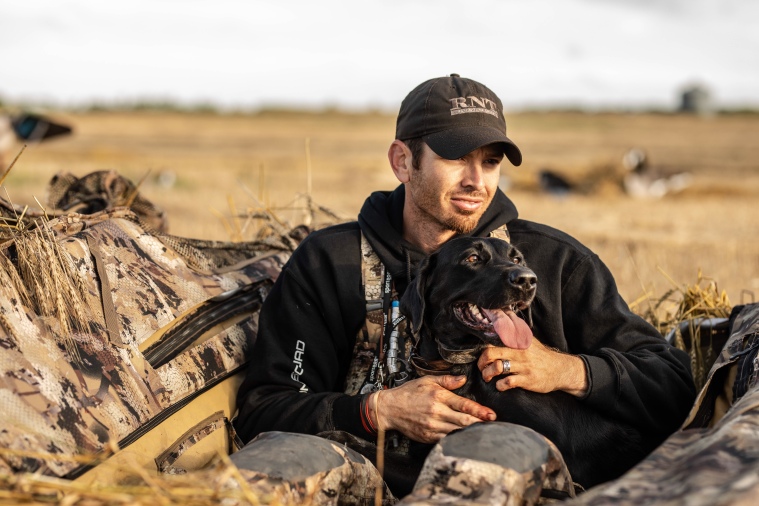 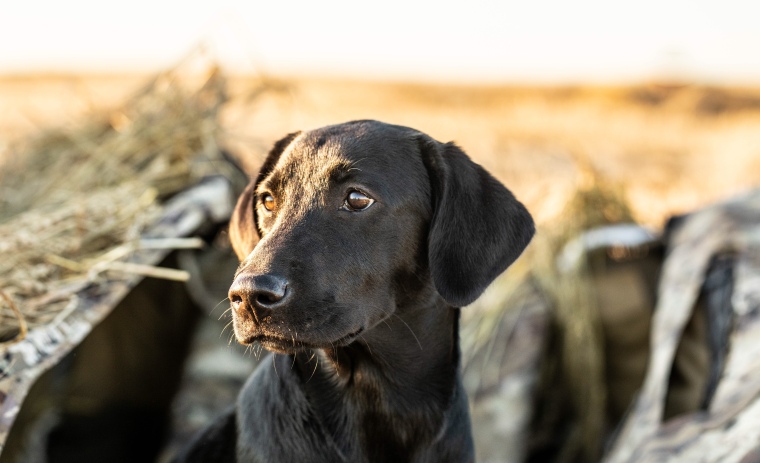 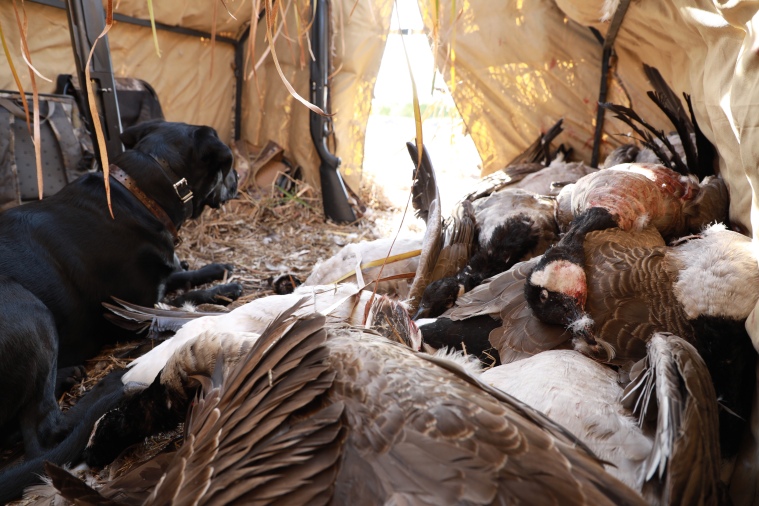 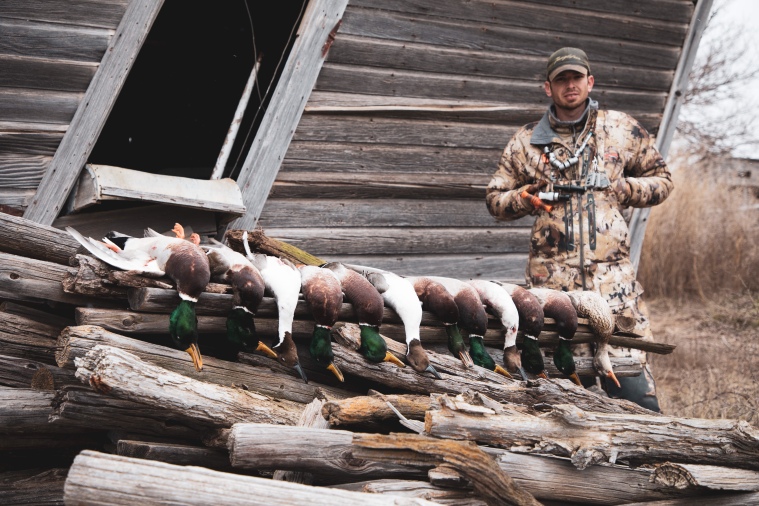 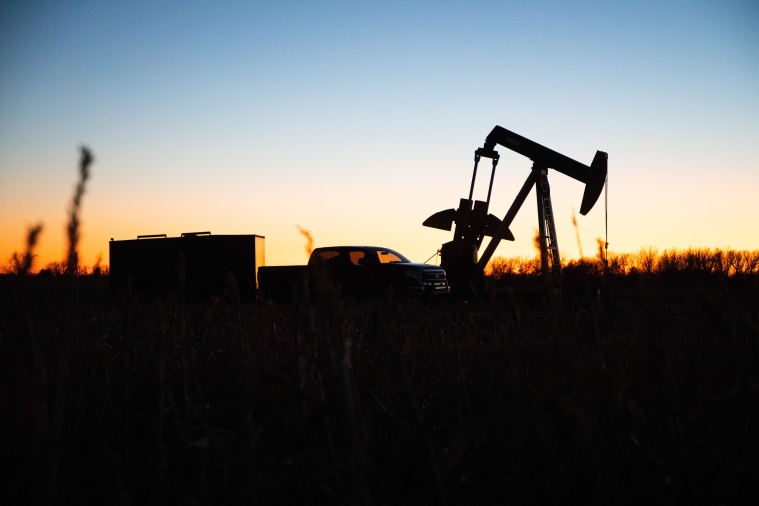 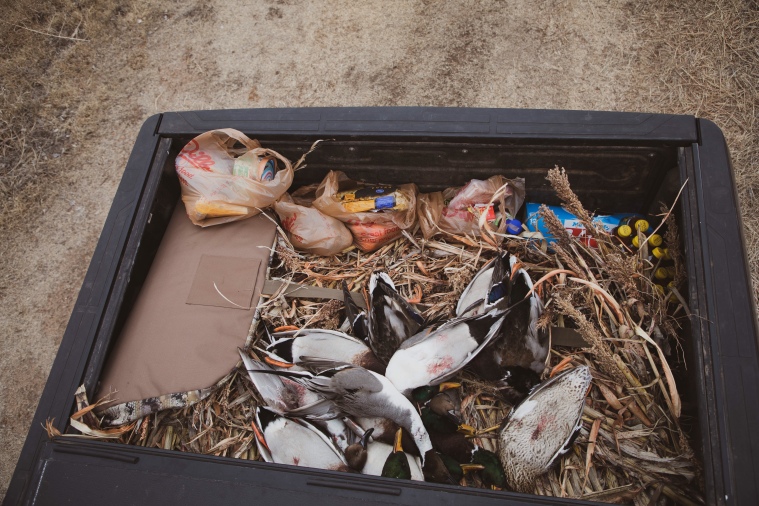 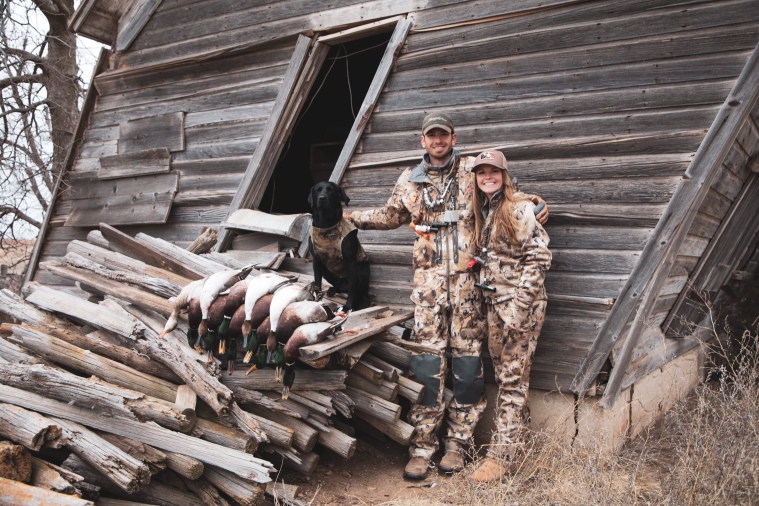 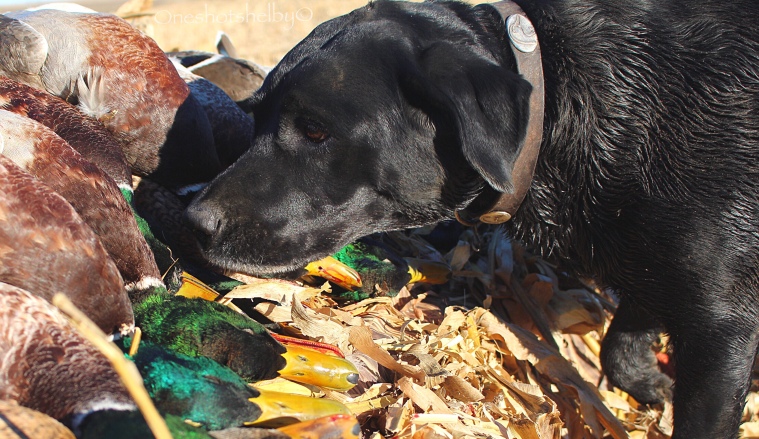 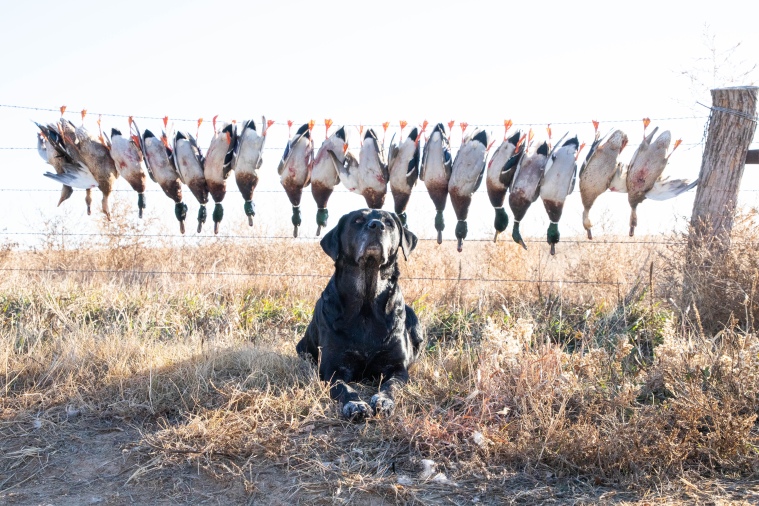 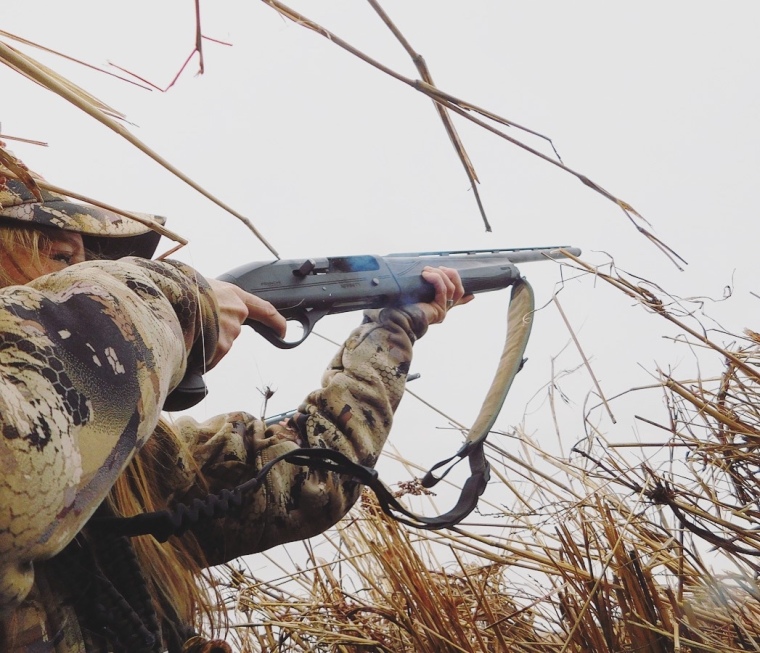 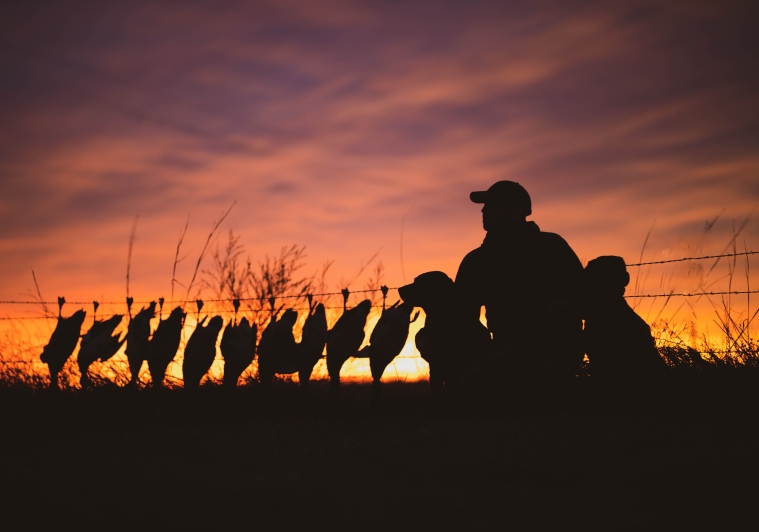 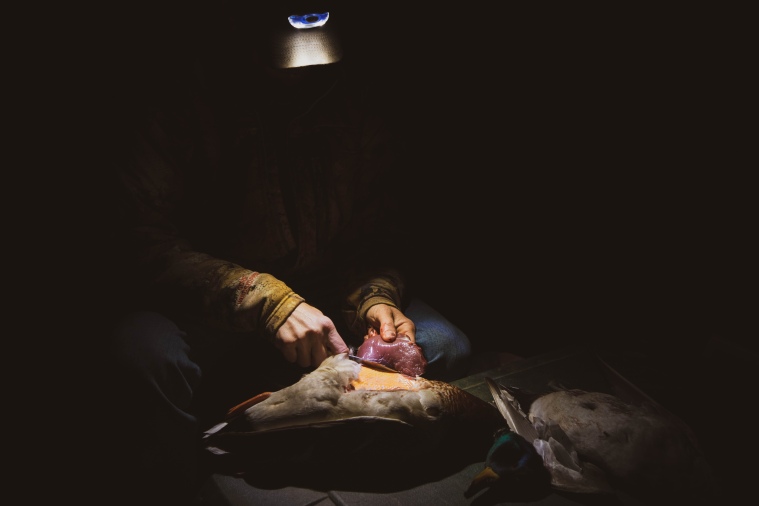 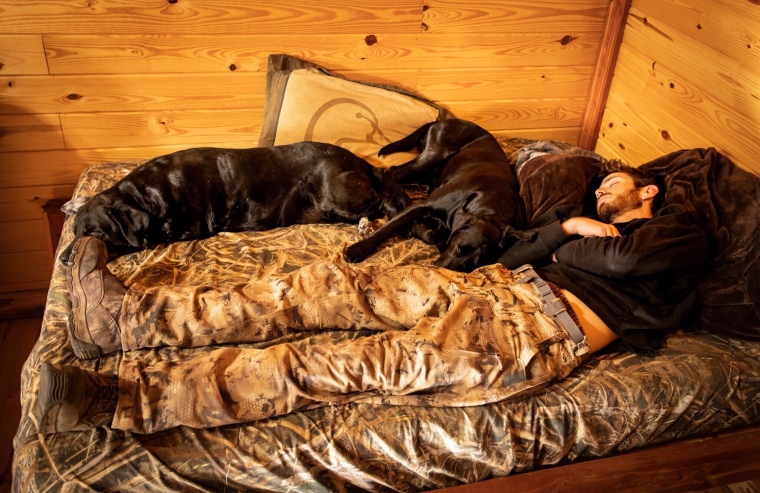