Well after lots of scouting, we came across a pond 15 minutes from where we were staying. We pulled up on a hill and there she was…a secret little duck hide away you couldn’t see from the main road. After glassing it with some binocs, I’m guessing there was about 800 ducks sitting on it. Mostly gadwalls and mallards 😍 After drooling for 10 minutes we set out to find out who owned it. A lady in the house over the hill directed us back out on the main highway to another house. We pulled in and there was a huge John Deere steady working behind the barn. We parked walked over and when we reached the tractor a sweet man named Nathan opened the door. He told us it was his Dad’s pond and we were more then welcome to hunt it. We invited him to come with us and he said he had never even been duck hunting before 😱 We told him he was sitting on a gold mine and convinced him to join us the following morning. Very cool! He said that he didn’t get many breaks from the farm and with the government the way it is, farmers have taken a huge hit. “There just isn’t a lot of money in farming anymore with all the restrictions but we still work very hard to keep up.” My heart broke when he said that. All in all, my respect for Nathan and all the other hardworking farmers out there grew even more and made me look forward even more to the next morning hunt.

Morning couldn’t come fast enough! Even the dogs were going nuts. We met Nathan at the gate and drove through his field to the edge of the pond. Chris picked out the perfect point to set up on. With everything set up, we still had 15 minutes until shooting time so we just sat back and relaxed. As the sun started peeking over the hill we could see the ducks starting to come down. And boyyy did they come down. Wave after wave of fowl fell from the sky!! Still with 5 minutes until we could shoot, the sound of that many ducks just yards away was incredible. Finally!! Legal shooting time arrived: BOOOOOM! Ducks falling, dogs swimming out to get them, all the ducks on the water got up in a mass panic, THERE WAS DUCKS FLYING EVERYWHERE. Ducks were coming back around landing in the decoys with Maddie and Belle still in the water. We regrouped and by now daylight made it eveident we were about to have an epic morning.

A little over an hour later, we had killed a 3 man limit of ducks and a bonus goose! Nathan probably thought we were bat-shit-crazy but I could tell he had a blast. Even after we limited out, ducks kept piling in the pond. They wanted to be there bad! We watched them in awe for another 30 minutes without shooting. What a site!

Even though I could of sat on the edge of that pond until dark, we decided to get cleaned up and picked up all the gear and headed back to town for breakfast. All I can say is thank you Lord for another successful hunt and thank you Lord for Nathan and all the hard working farmers out there who don’t receive enough credit for what they do.

Without a doubt, we had hit the X this morning! A hunt I’ll never forget.
North Dakota, I love you 💚😊
Thank you sweets for reading!!!

4 thoughts on “Gadwall Smack Down”

For all photoshoot bookings and photo purchases please contact: oneshotshelbyphotography@gmail.com 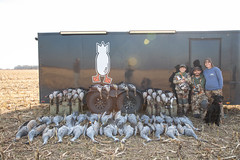 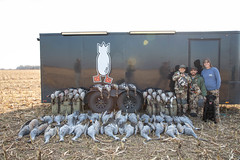 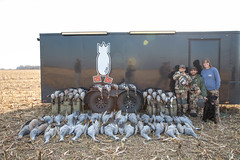 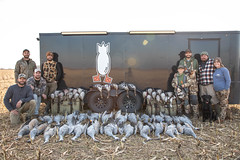 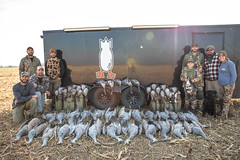 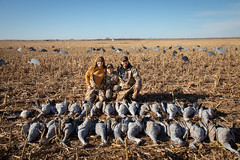 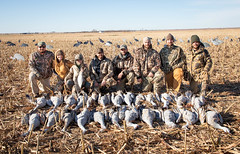 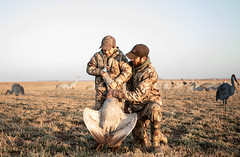 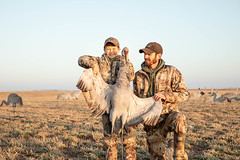 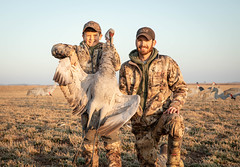