Sooo Chris and I got a wild hair to just get out of town! We decided to pack up and take a trip to Kansas to get an early start on duck season 2015. After driving for 18 hours, yes 18 hours straight.. we arrived in Pratt, Kansas! Once we got our hotel and such we headed out for a quick afternoon scout. After a look around we headed back to the hotel to get stuff ready for the am.

Morning came sooo fast but it did feel good to sleep in a bed instead of a truck. Before we knew it, it was back in the tundra and off to the Cheyenne Bottom. We set up about 100 yards from one of the side roads. We brought our poke boat with us so we loaded it up with all our gear and thought it would be easier to just pull it through the marsh instead of carrying everything one by one. Well it was a bitch! By the time we got to the set up spot we were shedding layers and tired.  The sun was up enough to see the birds starting to fly. Chris got the decoys set up while I situated the dogs and loaded the guns. This was Maddie girl’s FIRST hunt!!! She was 5 months old! Belle was ready as always with her eyes to the sky. For the first ten minutes we didn’t have many come in and then all of a sudden they were coming in from every angle. The first 3 birds that came in were all spoonbills (or as Capt. Larry says “Bootlips” hah!) The wind started to pick up and we had some groups of teal zooming in. Chris and I double teamed a blue-wing drake and then he shot a spoonbill right behind it. Not too shabby! Then not 15 seconds later we shot a triple!! Chris shot and folded 2 green-wing teal and then I shot the third one to finish the group off. We were smiling from ear to ear! It all happened so fast! Chris was on top of the word. I love seeing him so happy in his element. Miss Belle recovered all the birds and we regrouped to get a count. We had 3 teal and 5 spoonies, (4 birds short of a limit). OUT OF NO WHERE, here came 3 gadwalls decoying in perfectly. Just as they were about to touch the water with their landing gear…*Boom *Bang *Pow *Boom! We shot six times and never cut a single feather!! Hahaha We laughed so damn hard. To redeem ourselves Chris shot a double on the next round, a pair of greenwings. Chris took Belle to the other side of the cattails to pick up the ducks. There I was, just me and Maddie girl waiting patiently. Here comes a pair in the spread perfectly. Boom! I folded up my first gadwall! Chris was so proud!!! Chris let Belle take a break and it was Maddie’s turn. Chris sent Maddie and she B-lined it right to the bird. When she got there she wasn’t sure what to do with it and with a little more reassurance from Chris she grabbed it, and ran back to Chris. Belle and I watched from a short distance away. At just 5 months old, Maddie officially retrieved her first duck.

A MOMENT I WILL NEVER FORGET!

I can still relive this morning in my mind like it was yesterday. Nothing better then being in God’s country with my favorite people killing ducks. 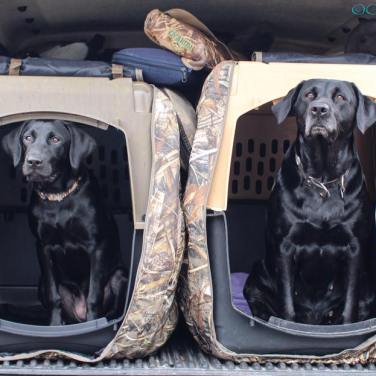 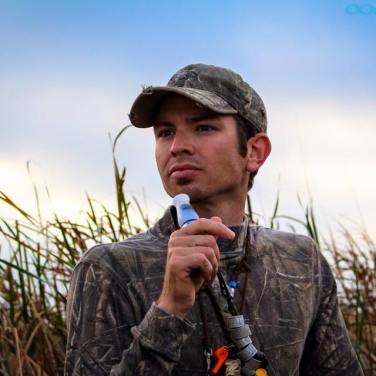 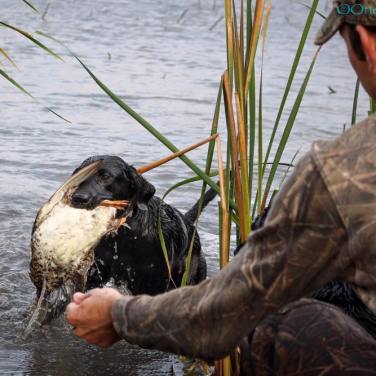 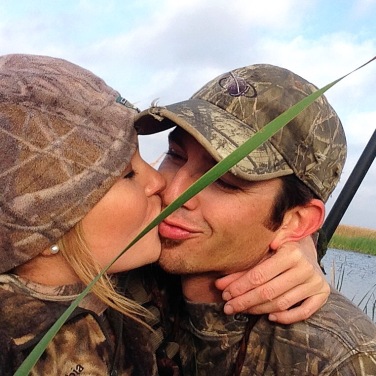